Finally, after 20 years of living in people’s memories, drawers, old hard disks and an occasional CD somewhere, we’re glad to tell you that Sibo’s project “Epten Lively” (formerly known as “Epten Live” but it’s been given a second thought) is live, everywhere, in every major store and streaming service.

It feels good to get out of the dark!

For those of you who no longer remember (we’re old now) and those of you who haven’t seen this yet, Ajvar was a project started in the year 1999. There are 9 tracks, each created with traditional Macedonian instruments – but! We’re not looking at folklore and traditional in terms of music.

Sibo managed to produce acoustic techno, natural drum ‘n’ bass, rock and world music all with the help of various vocals, electric tambouras, tapan, kaval, bass – and no guitars or other machines, and with that, to show a glimpse of his idea of what Baklava would represent, before it even happened. Before he was aware that Baklava would exist, actually.

Ajvar had three music videos made for “Putleejungle”, “Ajvar ne, burek da” and “Toa pa toa”, that you can see below.

It was fun times.

Anyway, enjoy the long lost “Epten Lively” by Ajvar and make sure to follow us on social media for new stuff! 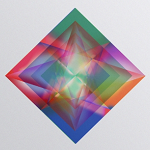 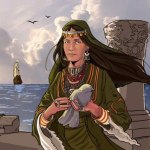